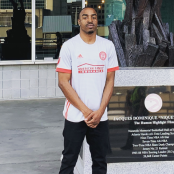 Jaron Mathurine
2024 Showcase Championship Game Standout Players by Jaron Mathurine  June 30, 2019 # 5 Jahkiaus Jones I Freebandz Elite I Thomson Middle School Off the bat you can sense a different kind of physicality with him. He started off the game with a zip pass to the corner for an open 3 after finessing his way through the defense...

# 5 Jahkiaus Jones I Freebandz Elite I Thomson Middle School
Off the bat you can sense a different kind of physicality with him. He started off the game with a zip pass to the corner for an open 3 after finessing his way through the defense then picks up an and1 on the next possession. He also showed off the floater a bit and seems to be a player that can score at all levels. He had 8 points in the first quarter alone and was beating AOT by himself. Jones also showed some aggression on defense and a good understanding on how to time his steal. Again his demeanor alone showed that he was a bit more aggressive than his peers and had a good feel for the game. Jones is a really good passer as well. There’s a lot of power behind them, but he can get his passes off with the smallest angles.

​#2 Lavonta Ivery I Freebandz Elite I Thomson Middle School
Another player who had a nice performance showing his ability to score on multiple levels and show a good IQ for the game. Between the first two quarters his name was called a lot as he was making plays on both sides of the ball. He knew how to move without the ball but he also knew how to create his own shot. A good one two punch between him and Jones really got Freebandz going early and they never let up.

#6 Jordan Kee I Freebandz Elite I Nova Middle School, FL
Kee knocked down two big threes in the first half to stamp Freebandz presence and is coming off as the shooter for this program. He was hot from the right corner/wing spot and can solidify his role as thought if he continues to work. Just when it looked like AOT would have to key in on Jones and Ivory, Kee made his presence available showing he can be a reliable option as well.

#15 Marcellus Brigham I Freebandz Elite I Murphy Middle School, GA
Brigham might need to be watched with close eyes as he shows a player with very high upside. He too hustled hard on both ends of the court and seemed to be a play ahead. He was always alert and was able to put players in scoring position any time he made a pass. Brigham can attack and score at will or he can knock down the jumper if needed. This team was very talented but a player like Brigham is easily the glue piece and a focal point of this group with his ability to create for himself and others.

#35 Calvin Johnson I AOT
Johnson off the bat checks the 2 boxes; Size, and Potential. You can see he is still developing but he is already flirting with 6 feet in the 7th grade and he was testing out his ability at the PG position.  At this age group he spends sometime in the post which can help with his foot work and development and that will carry over to his PG game. Not one of his best shooting nights, Johnson still showed some solid upside and can be a player to monitor for some time to come.

#4 Jaden Bates I AOT
Bates tried his hardest to be a spark for AOT but the game was out of reach early in the matchup. He had some solid ball handling skills, and was able to get to the basket due to those handles. He had a possession where he broke down about 3 of the AOT defenders, splitting through the press and eventually getting fouled on the play. He handled pressure well and although it was a tough loss, Bates played hard throughout the entire course

#13 Yusef Bowyer I AOT
Bowyer had a solid stroke from beyond the arc as he knocked down 2 deep 3s. The lefty also did a good job of pushing the pace and you can see once he warmed up and got some shots to fall his confidence builds and he looked like a kid that can get on a hot streak and light it up. I would keep close eyes on Bouwer for the future.