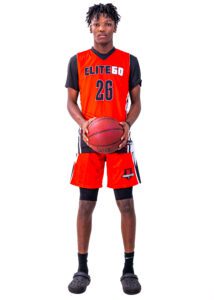 Elite60 Freshman Showcase-September 24, 2022
Moreland was smooth. He played at his own pace regardless of whatever defense was thrown at him. He was easily one of the leaders in total assists through two games. His vision was on display with his full-court lead passes and in half-court sets. On top of his passing ability, he was difficult to keep out of the paint. He uses his length, handles and change of speed well to get all the way to the basket. I wouldn’t be surprised to see point and assist double doubles from him in the next year. By Tony Bruton of Bucket Reel