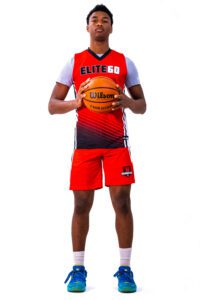 ELITE60 Freshman Showcase – September 24, 2022
Maddox was arguably the most physically imposing guard at the camp. He bullied his way to the rim and showed the ability to step out and knock down outside jumpers. In transition, he’s an adept playmaker that can get over the rim. In half court sets, he picks his spots well and scores it within the flow of an offense. Will be an impact player from Day 1. by Tony Bruton of BucketReel

Melancon has the strength, length and athletic ability to be an impact two-way player. He scored at all three levels and defender positions 1-4 at the Elite 60. The versatility Melancon showed caught the eye of scouts the most. He can become one of the best two-way players in the class of 2026 with consistent development. by Bilal Benjamin of 1st Love Basketball