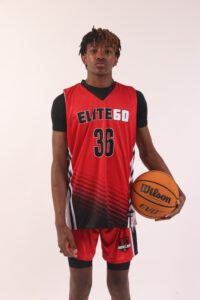 Scouting Report by Tony Bruton of BucketReel
One thing that I loved about Riley was his demeanor. No matter what the game looked like, he never wavered in his approach to the game. He picked his spots and slowly but surely heated up as the games went on. His ability to create off the dribble and make shots from long range is impressive. It won’t surprise me if he develops a reputation as one of the better shooters in his class.

Scouting Report by Keith Agran of On the Radar
A pure face-up downhill driver at this stage he showed out as one of the top pure athletes I saw, the basketball acumen is easy to spot as it just needs a little seasoning and he’s got time to develop into what could be a devastating athletic wing player, the flashes of the things that are just around the bend in his skillset had me scribbling the possibilities in my notebook, playing the next 4 years with the right travel team will be huge not just for his development but for his exposure-level coming out of underrated but often under-covered Alabama.